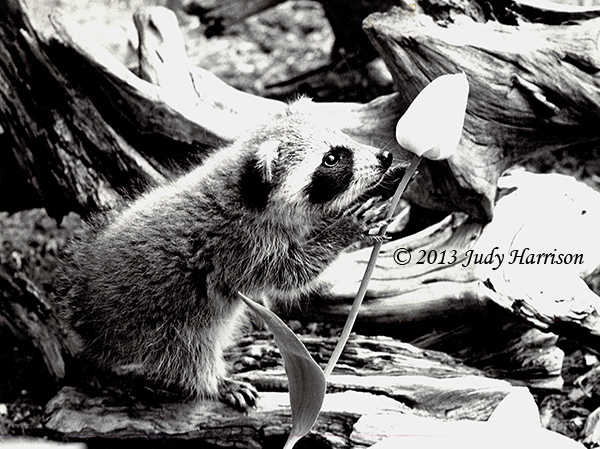 Adapt or die! Or be driven out!

Those are the options for wildlife, particularly in the urban environment which we consider our territory. After all, who built all those roads and buildings with the accompanying infrastructure? People don’t say this in so many words, but that is how many feel towards wildlife in the city – hostile, intolerant and with an us-versus-them attitude.

I must confess, I’m a biologist first and a gardener second. Gardening is my way of getting close to Nature without leaving home. That’s why I can identify so readily with Douglas Tallamy of Bringing Nature Home fame. Many of our Team writers are equally smitten.

Finally, we have a voice of science which meets the mainstream in the garden! I wade into the quagmire with the rest of you as translators and disseminators to the uninitiated masses. It sounds like a monumental task, but somebody has to do it! And that someone is me and you.

Adapt! Really, that mantra should be directed towards us and not wildlife. Haven’t we learned enough by now? We don’t live in isolation. We’ve come full circle and we should be reintegrating into Nature and not forcing Nature to conform to our rigid standards.

By building cities the way we have been doing for so long, without regard to the other inhabitants of this earth, we have pushed wildlife to the edge or driven it out altogether. The rising tide of humanity has only heightened the pace of loss. Those hardy or stubborn species that have remained have eked out a living and in some cases have even thrived despite our indifference or best efforts to exclude them.

Only recently have we really come to our senses and started to welcome Nature back. And by planting layers of native species by Nature’s design, we are laying out the welcome mat.

Biodiversity in the City

Last month, I attended a workshop to address the state of “Biodiversity in the City”. I’m glad there is a real push for improving biodiversity at the higher levels. But we skirted around the issue of Nature at home by talking about ecosystem services and concentrating on community initiatives on public lands, such as stewardship opportunities.

Take note of some of the words that really jump out from our brainstorming sessions: Nature, Ecosystem, Habitat, Resilience, Functioning, Native, Health, Integration, Variety (biodiversity?), Connected, Species (biodiversity?), Value. I don’t think “biodiversity” was included, only because it was the title of the workshop. Yet, participants may have felt compelled to find synonyms. It’s a powerful image that has me mesmerized. I wonder how others feel?

Nonetheless, I feel a sense of disconnection between government and everyone else; between public and private. Or is it a heightened sense of urgency? Must we wait for a top-down approach? Where is the mass of (tall)grass roots support?

Where does individual responsibility fit into the scheme?

Case in point – most Earth day activities are fixated on community events around the globe. How about planting native plants on private property as an Earth Day event, i.e., a whole street approach? Almost 20 years ago, I was involved in such an event, but it didn’t fall on Earth Day. An enlightened residents’ association enlisted a local forestry consultant to help with tearing out front and back lawns to plant native species. It was a one-day event to get the neighbours started, but I still remember feeling that sense of community on a smaller, more intimate scale. We were helping a neighbourhood build a habitat corridor in the centre of a large city and on private land! What a concept!

Nature on my doorstep

An ongoing project is the Biodiversity Booklet Series developed by the City of Toronto in honour of the Year of Biodiversity 2010. The booklets are being given out for free through the public libraries with the idea that educating the public about the flora and fauna found in their own backyards could motivate people to conserve and value that area whether it was their actual yard, nearby public park or natural area. By stimulating a sense of stewardship, the hope is it will inspire citizens to protect their environment. I hope at least some of these booklets make their way into the hands of those who need it the most – the ones who haven’t discovered Nature but are curious.

In the City of Toronto, we don’t have to go far to find Nature in the city. Six watersheds drain south to Lake Ontario. We have the associated ravines, Toronto Islands, a Spit, and two large parks – High Park and Downsview Park. We would be severely lacking in connected greenspace if it were not for the ravines carved by the watersheds and protected to manage stormwater by the local conservation authority, and thus, not available for building. Those ravines along with railway lines are crucial wildlife corridors allowing the freer flow of biodiversity. Adding to the greenspace, some railway lines have been ripped out and are now part of the beltline. Hydro corridors with their lack of complexity tend to be a minor element but that appears to be changing as they are allowing for more unconventional greenspace use. And we are expanding green roof coverage through municipal legislation.

It’s as if the residential level is the final frontier not thought of as a greenspace, let alone a “natural” area. The last bastion appears to be the individual homeowner who has ground level access to gardens. This is where improvement is really needed along the lines of the Tallamy way.

So, there is a great potential for extensive, connected habitat. What are the push backs?

– acceptance of change from what has been the typical garden

– competing priorities (natural area vs growing food vs recreational opportunities). One small community native plant garden was nixed at the last minute because the locals deemed that growing food was of higher priority. We can have both, but in small areas, it may not be feasible.

– fear of Nature or too much Nature

With more than half the world’s population living in cities, we have to emphasize the importance of integrating nature into urban design and planning. It really has been up to now, by chance that some wildlife has integrated into city life. Species have adapted and those that didn’t/couldn’t moved out and on. By gardening with native plants, we are deliberately creating habitat for more biodiversity. We are integrating wildlife with intent.

Who is crazy enough to want to live with city slickers? It is the generalists – animals that have the ability to tolerate a wide range of habitat and adapt to our ways. These are the species that draw the ire of residents more than others because they are actually thriving in our territory: Raccoon, Skunk, Coyote, Squirrel, Canada Goose. We’ll deal with the opportunists in the next post.